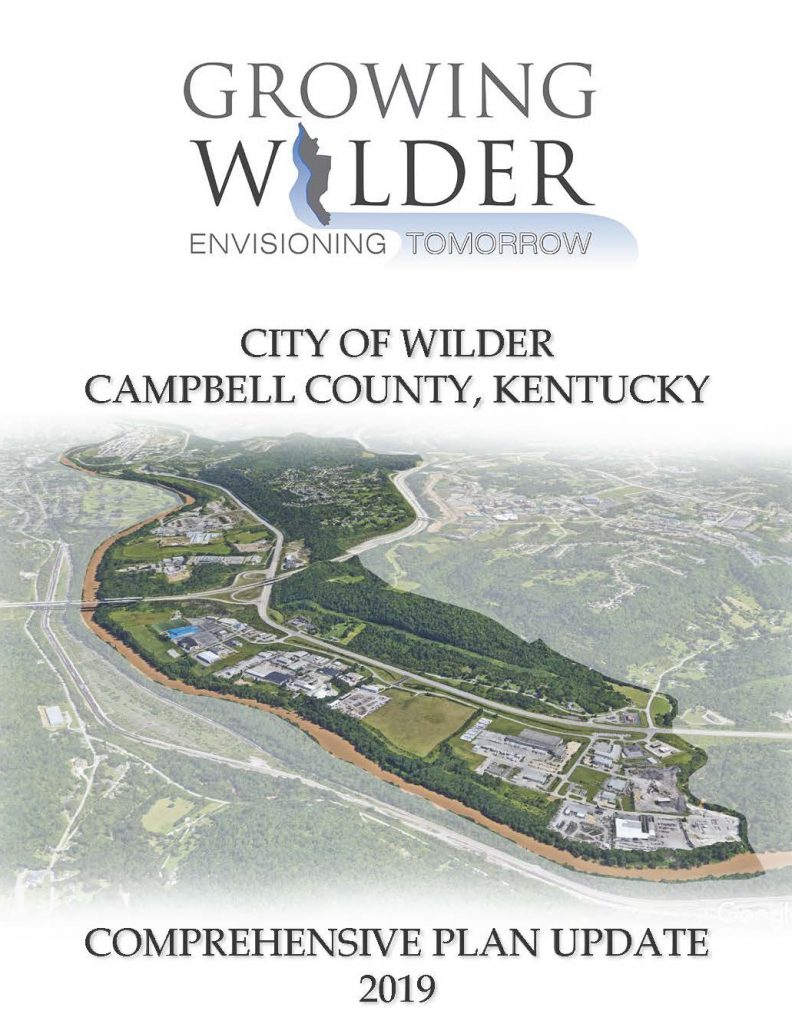 In 2017, Viox & Viox partnered with Mr. Keith Logsdon, AICP of 3Cross Consulting, LLC and MarketMetric$, LLC to complete a comprehensive plan update for the City of Wilder, Kentucky. This project, called Growing Wilder: Envisioning Tomorrow was approved by the City of Wilder in March 2019.

Wilder, Kentucky is located in Campbell County on the banks of the Licking River. Wilder is easily accessed by I-275 and is a quick 10 minute drive from downtown Cincinnati. The City of Wilder is approximately 3.8 square miles and has a suburban population of just over 3,000. The City had last completed a comprehensive plan update in 1995.

Viox & Viox prepared all color mapping of existing and proposed conditions for the City of Wilder, including base mapping of all roadways, parcels, waterways, flood zones, railroads, buildings, and topography. Viox & Viox also created maps for zoning and land use, transportation (including local, collector, arterial, and interstate classifications), pedestrian connectivity (including sidewalks and trails), and points of interest.

The Viox & Viox team collaborated with 3Cross Consulting to conduct public meetings and workshops as part of the planning process. Viox & Viox created and provided exhibits for the public forums.